Exhibits of photography, film premieres and professional surfers will fill the beaches, along with open yoga classes and beach cleanups going off throughout the festival. Friday, August 16 in Montauk Taylor Slater hosts a reception for her exhibition “The Pink Coast” at Montauk Beach House benefiting The Lonely Whale and drawing attention to the effort to keep plastic out of the ocean. It’s fittingly followed by a beach clean up at Ditch with Surfrider, Sunday morning. In between will be the World Premieres of films by Inigo Grasset and Lena Stoffe, and Ryan Struck and surf cinema experiences.

The full schedule of films, activities and events can be found at womenssurffilmfestival.com.

The Festival is presented by Lava Girl Surf with Clif Bar and supports the Changing Tides Foundation and Plastic Tides in efforts to connect the passions of the surfers and artists through actions meant to keep oceans and beaches protected. 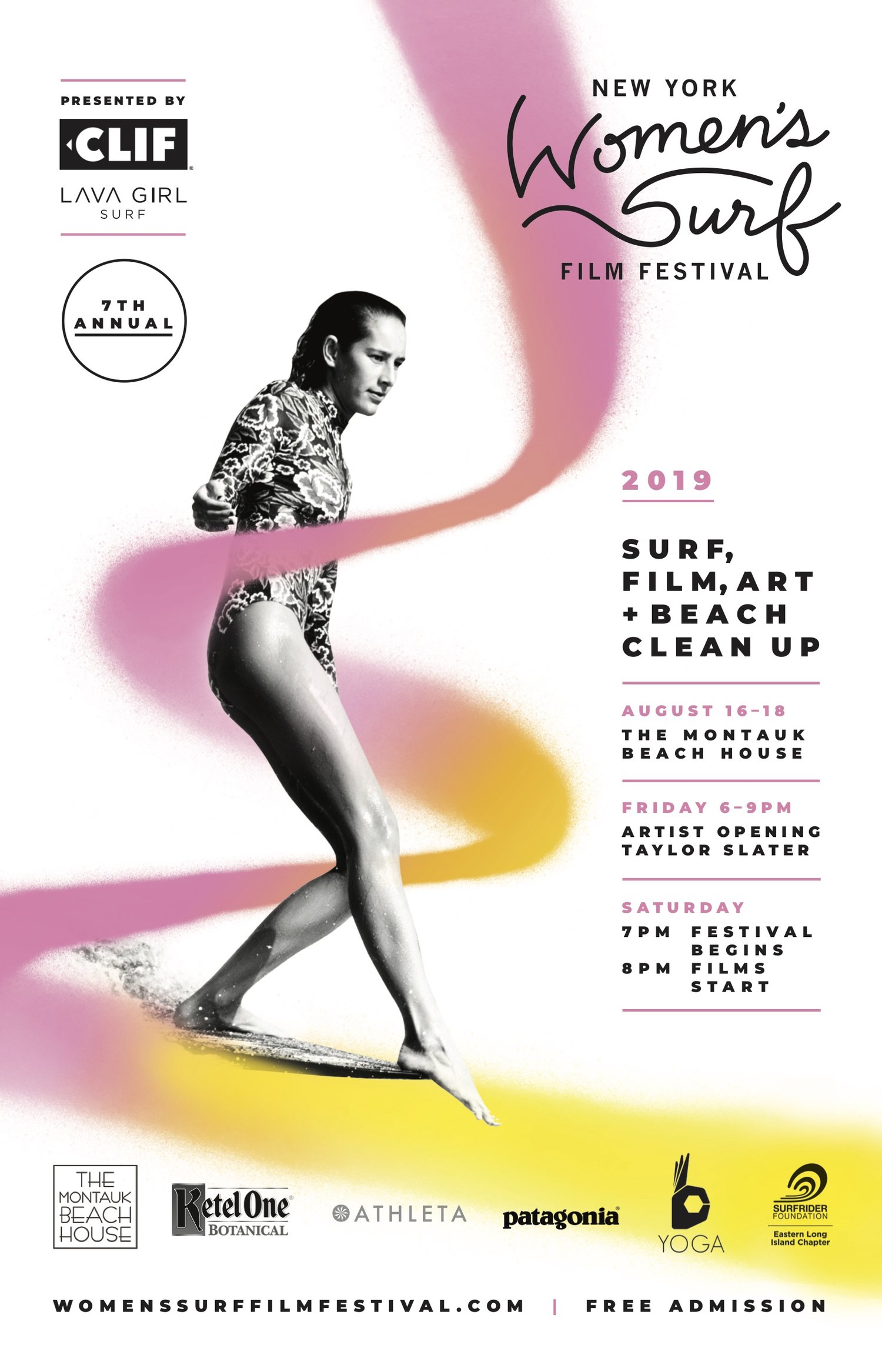